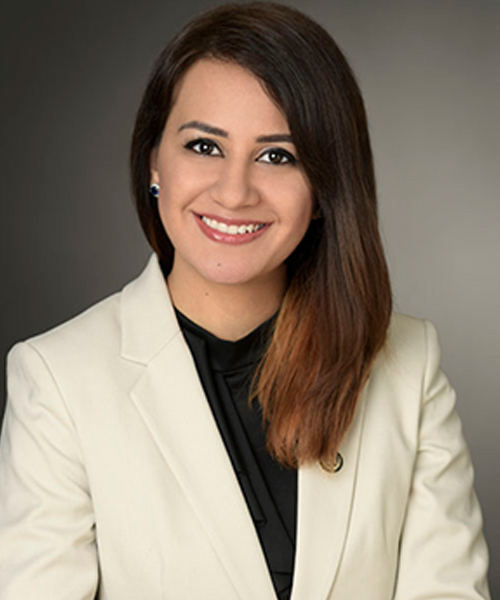 DR.Spozhmai Salma Stanakzai has extensive experience in teaching Public and Private International Law, Diplomatic and Consular Law, and International Trade Law at different private universities in Kabul, Afghanistan. She has also served government of Afghanistan at the Ministry of Foreign Affairs where she worked as Manager of Media Monitoring and Legal Analyst. She was honored with Manfred Warner Award by NATO (North Atlantic Treaty Organization) for her research on Islam and Democracy. Ms. Stanakzai has represented Afghanistan in United States of America working as the Deputy Consul General in Afghanistan’s Consulate General – Los Angeles. Her research is in field of International Trade Law.
Spozhmai Salma Stanakzai has a Bachelor’s of Laws (LLB) in Islamic Law (Sharia Law) from Kabul University. She holds Masters of Laws (LLM) in the U.S. She completed her LLM degree with a specialization in the field of International and Comparative Law from Chapman University. She has benefited from trainings in fields of Diplomacy, International Law and International Relations in Australia, Italy, Netherlands, and Belgium.